Having a child with a critical or chronic illness is something that I wouldn’t wish on my worst enemy.   It causes us to fear and question everything pertaining to our children and it forces us into some sort of club that none of us wanted to join.  I find solace knowing that I am not alone in this.  None of us are alone in this – whatever it may be.

When our son Caden – our 9 year old with a rare and severe heart defect called Truncus Arteriosus – was diagnosed, we had about a month between his initial diagnosis and his first open heart surgery.  That month was hell.

If you’ve ever Googled any kind of anomaly on your body, you’ll know that within 5 minutes you’ve convinced yourself that you have cancer.  Or that your toe is going to fall off, or that the bump on your left arm is festering and will require the removal of your entire arm.  I have long since stopped Googling any kind of illness before visiting my doctor (and you should too).

The thing is though, that some of our worst nightmares really do come true, and sometimes it happens to our children.

No one wants to hear that their child will not survive without intervention.  Caden’s specific defect gave him a 0% chance of survival.

I don’t need Google results to tell me how terrifying that prospect is.  KNOWING is the worst part.  Ignorance really can be bliss.  That is, until you can’t ignore it any longer.

Nine years ago when Caden was diagnosed we didn’t have Facebook groups, and very little information was readily available on the internet from other families or parents willing to share information.  What I did find was terrifying.

If you find yourself facing the possibility of losing your child because of a critical or chronic illness, please know that you are not alone. There are countless Facebook groups for just about every single type of illness.  I am in several heart groups, including one specifically for Truncus and one for mid-Kansas.  Even if the only thing I gain from being a member of those groups is someone lending an ear, someone that understands exactly what I’m feeling or experiencing, then that, my friend, is priceless. 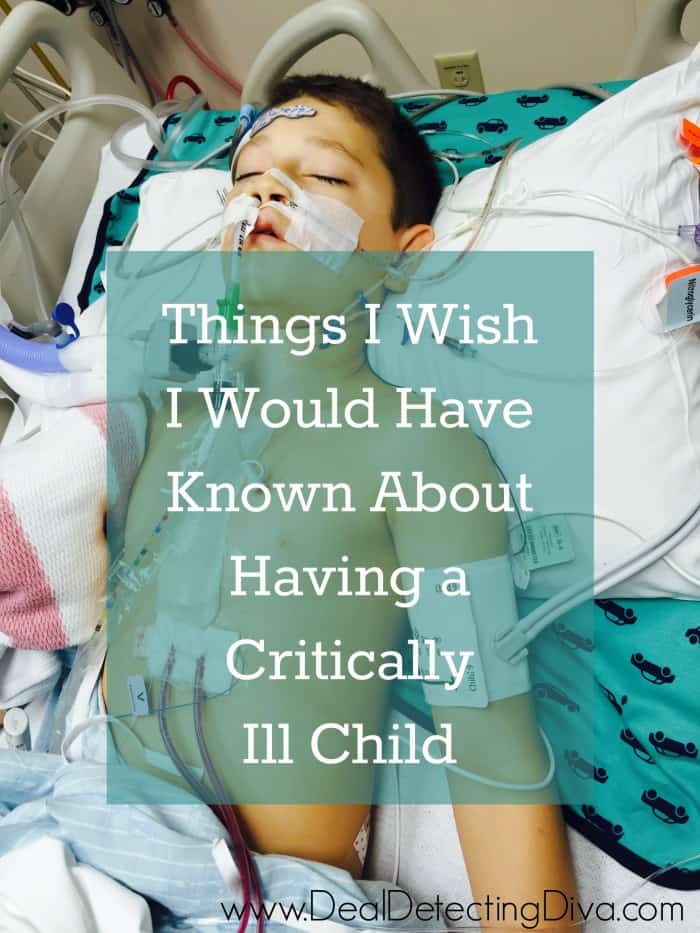 It is okay if you are not okay.  Those weeks we spent waiting for his first open heart surgery (he’s had three) were pure agony.  I took lots of video of Caden, I snapped countless photographs, I cuddled him as much as I possibly could, ignoring the dishes and the laundry and I did it all while envisioning the worst. 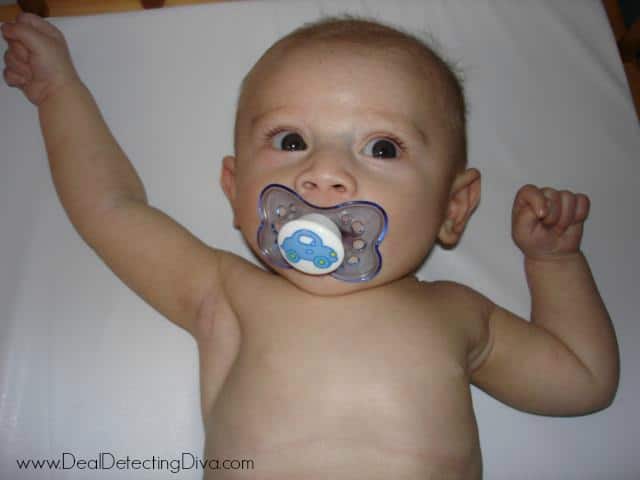 I wanted photos of him before his chest was scarred.  I wanted video of him in case he didn’t make it through the surgery.  Not that I would have been able to watch had the worst come to be. At least not for a long time.

Get plenty of rest. People always say that after your baby is born you’ll never sleep again.  While that is certainly true with a “normal” baby, it is exacerbated when you have a child that has a broken heart or could actually stop breathing in the middle of the night for another reason. I know how difficult it is, but you need to rest as much as you can.

This is particularly true when your child is in the hospital receiving treatment. Rest while there are nurses and doctors helping to care for your child.  When you get home, you’ll be the primary caregiver, and that in itself is exhausting, both emotionally and physically. 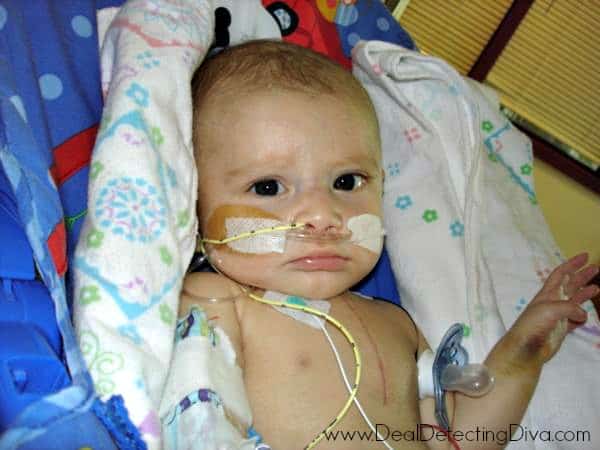 Talk to your spouse.  There is a higher divorce rate among parents of children with healthcare needs.  Talk often, write in your journal if for no other reason than to vent and get it our of your head and out into the universe.  Don’t keep it all bottled up.  Your spouse is just as scared at the prospect of losing your child as you are. I can not stress this enough.

It is not your fault.

Some things just happen.  Caden’s heart didn’t form the way it should have, and it happened before I even knew I was pregnant. There is nothing I could have done to prevent it at any rate, but understanding that it is not your fault is an important step in the process of healing.

Your fears are valid and it is okay to cry. You are living through every parent’s worst nightmare. It is completely understandable and entirely valid if you can’t hold it together.  Surround yourself with friends and family that will let you talk if you like, or will sit with you without saying a word as you drink your coffee together. Having a shoulder available to cry on is just as important as using that shoulder.

No one deals the same.

Everyone deals differently.  You and your spouse may process the entire situation in completely different manners.  Paul was a mess for the first six months of Caden’s life (after diagnosis) while I was the rock.  After his first surgery, when anything bad happened (like the first time they resuscitated him) or any hiccup in his treatment occurred, I rarely cried.  I rarely freaked out.  I was the calm one that got on the phone and was able to explain what had happened to family members.  Paul couldn’t speak coherently at times, and that was okay!

After we got home, a good FOUR months after we got home, after the speech and physical therapy had ended and we had weaned him off of the feeding tube, I lost it.  It was my turn to completely break down, to process all that our little family had been through.  No one processes this information in the same way, and what may seem perfectly fine on the outside, often belies inner turmoil and tremendous grief.  Your family members will process in their own way as well.

Make your own rules.  In a time when everything seems out of your control, establish some set of rules or boundaries.  I decided after Caden was diagnosed that no one – not one single person (besides Paul) was allowed to discuss with me their fears or their worries for my son.  Trust me, I had enough of them swimming around in my own mind, I don’t need to assuage other’s fears as well.

Not everyone will understand.  Parents that don’t have children with a critical or chronic illness will never be able to understand what you are feeling, and for a long time I was jealous of my friends that had healthy babies.  I have decided (after years of processing and contemplation) that it is okay that other parents don’t understand how it feels.  How could they? And, it is okay to be jealous of their ignorance.

If you’re anything like me, that feeling of jealousy will fade over time and you will learn to let your thankfulness of your child’s relative health outweigh your grief of him/her not being entirely healthy.

It is okay to grieve.  When you found out you were expecting a baby, you had no idea your life would take such a turn.  Take the time to grieve the life you thought you would lead, the child you thought to rear and the idea that you would be a parental unit in a happy and “healthy” family.  It is all relative after some length of healing and time.

If anyone tells you that you’re grieving too much or too long, they are wrong. Simple as that. You process at your speed.  It is no one else’s business (certainly not those who have no clue what you’re feeling) how deeply or for what length of time you grieve the loss of your family’s perceived future.

Don’t let this affect your day-to-day life.  Unless it MUST, don’t let your child’s illness affect your day-to-day life. If you’re lucky enough that it doesn’t, don’t force it. While sometimes that is easier said than done, it is also okay to relax and to enjoy the normalcy while it lasts – in between appointments or as long as you can soak it up.

Everything is as it should be. Everything will work itself out. Somehow, someday, you will realize that everything really does happen for a reason.  I wanted to throat punch every person that told me that while we were in the hospital.  Even my own mother!

In the end, she was right.  Look at me now, able to talk openly and without anxiety about Caden’s past, and I am able to help others achieve the same level of peace I am currently experiencing.  That’s the goal, anyway.

Don’t be afraid to ask for help.  Whether it be financial, emotional or physical, your village wants to rally around you.  Let them.

Let them bring you meals, let them buy you coffee, let them listen quietly as you work out the difficult and emotional roller coaster you have just been thrust upon.  Your family and your friends want to be there for you, and you need them more than you may realize.

You are stronger than you know. ♥  If you ever need to vent or talk, I am just an email away!