This weekend my family is leaving. Leaving on a jet plane and heading to Disney World in Orlando.  I’m going to take you along with us… you ready?! 😀

We are getting down to Orlando, staying in a condo for four nights and five days and renting a passenger van (we’re going with family friends) all for less than $1,000 per family.  Per family!!!

We’ll spend the first afternoon (after getting settled in the condo) at the beach.  Where’s my tiny umbrella?!  We’ll hit Disney World the next day, and then Universal Studios the next day and then spend the last day letting our minds (and our wallets) recover at the beach while the kids play in the ocean.

Note: Both of our older children (same age) have heart issues that prevent them from riding many of the rides – or so I have been told by the cardiologist.  Part of the reason we’ve decided to do one day at each park instead of staying at one or the other for more days as I have heard mentioned.

The tickets to get into the two parks are almost as expensive as the entire trip itself (OMG I about died you guys), this is by far the cheapest I have ever heard of anyone going on vacation at Disney World with a family of four. 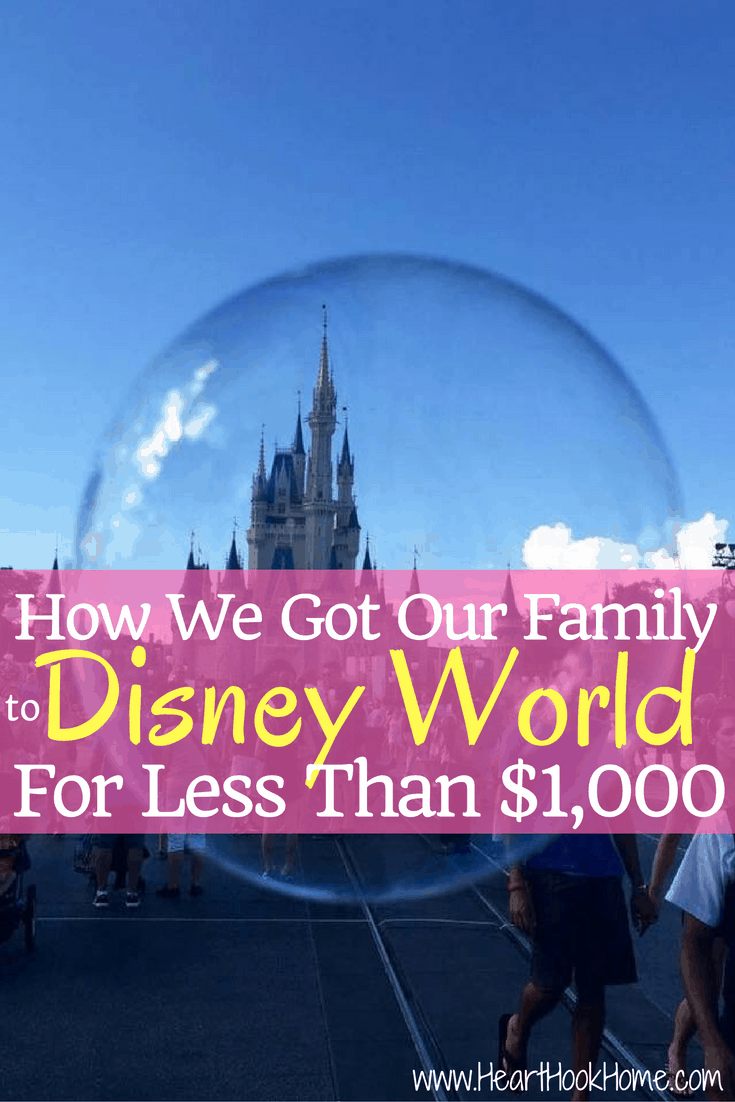 How We’re Getting Our Family of Four to Disney World for Less than $1,000

We went with Allegiant Air, and we spent $550 for all FOUR of us.  Say whaaaaaaa?! 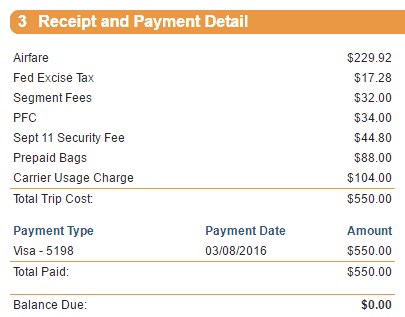 This is round-trip and with no layovers.  Totally rocked that, right?!  *I’m doing my Carlton over here*

Finding tickets on discount airfare sites such as Cheap Tickets or CheapAir might also help.  I used Southwest when I went to St Louis a few weeks ago for my sister’s graduation, and I love their no baggage fees!  I paid just $122.96 round trip for those tickets. SCORE!

Tips to getting cheaper airfare?  Know the dates you wish to fly, and check the airlines every day.  And I mean every. single. day.  Watch the trends and buy when you see it dip.

Read: 6 Secret Tips to Saving BIG on Airfare {without signing up for 100 credit cards}

The cheapest days to buy are typically Tuesdays and Thursdays – you can see that I bought our tickets to Orlando on March 8th, which was a Tuesday.  Also, don’t be afraid to click the “I’m flexible” for the dates you wish to travel.  Sometimes you’ll find a better deal within just a few days, and if that fits into your schedule – you could save big.

Lastly, check for neighboring airports. While you may not find one close enough to your final destination, depending on where you’re going you could get a much cheaper flight into a neighboring airport.  When Paul and I went to San Francisco a couple of years ago, we were able to fly into Oakland for about 60% of the cost of San Fran itself.

Airbnb is where it’s at folks! Holy moly.  While nearby hotel rooms that would fit just our family of four were upwards of $200 – $250 per night, we found a condo that sleeps eight (that we are splitting with our friends) for just $100 per night (plus fees) and it’s only 15 minutes from the park.

That’s just $249 per family of four for FOUR nights.  We could have spent that on ONE night at a conventional hotel! 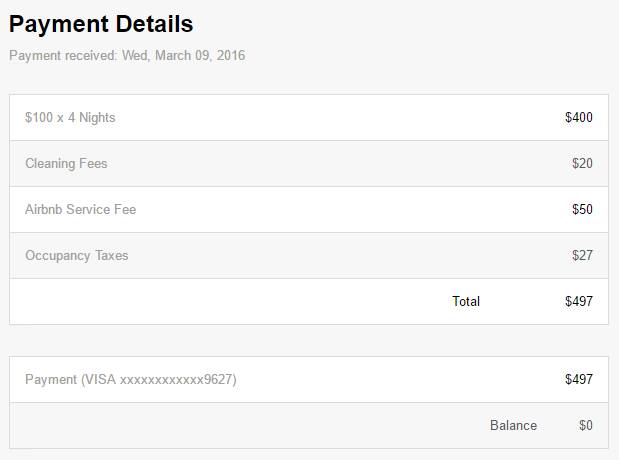 There are two million listings across the world on Airbnb, and I know that I will always check there first from here on out.

Finding a cheaper rental car is mostly checking around.  You’ll definitely want to check with your credit card company to see if they offer complimentary rental car insurance – some do!  If not, you could call your own insurance agent and see if you can add that car to your existing policy for just the few days you’ll need it.  This can be MUCH cheaper than paying for it at the rental agency.

Actually, I am including the entire cost of the rental car in this post – even though I used my credit card points to pay the majority of it.  Our friends will reimburse us half of it, which puts our cost at just $140 for four days – IF I hadn’t used my rewards.

This is just one of the reasons Paul and I use our credit cards exclusively every single month.

Total: $939 for the entire family of four to get to Orlando and our condo and the transportation for four nights and five days.  Of course, we will have expenses while there (the tickets for two days alone rival the cost of the entire trip!) but since we are staying in a condo we will be able to cook there, saving money on food and the kids will never forget this trip.

The cheapest package I could find going through Disney World itself was at least $2,000 – and that does NOT include airfare or the car if we decided to rent one.  Needless to say, I’m pretty pumped!

I have also purchased discounted gift cards from Raise.com for popular restaurants and local grocery stores so that we can save a little there as well. And, that first and last day at the beach will be my saving grace!