Do you own a cabinet smoker? If so, you’ll want to read on for my top 10 tips for smoking perfect meat. We’re talking exquisite bark, a gorgeous smoke rim, and juicy, tender goodness that doesn’t even need sauce. There are definitely some do’s and don’t’s when you smoke meat with a propane smoker. 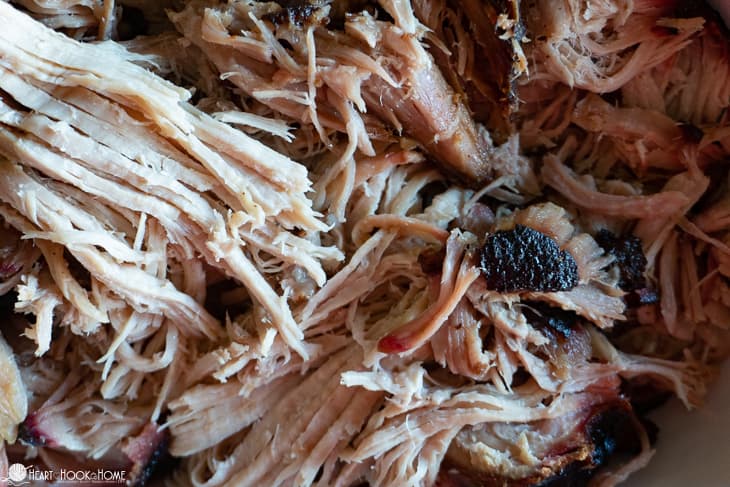 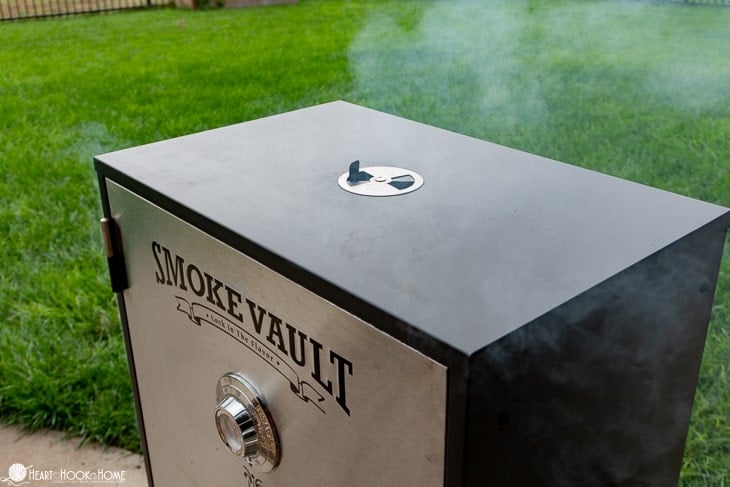 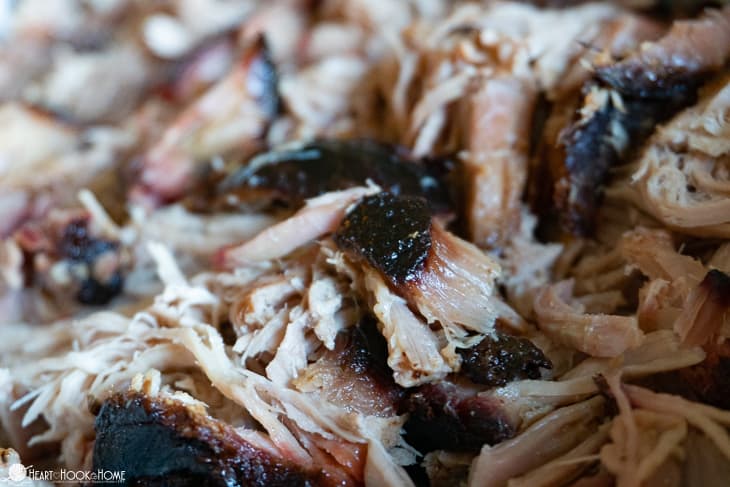 During football season we tend to eat a lot of smoked meat. We also smoke a lot of meat in the summer when its too hot have the oven going, and with the amount of food (and number of meals) you can get out of just one hunk of inexpensive meat… well, we use our smoker a lot.

Here are our favorite side dishes to pair with smoked meat:

How to Smoke Meat Perfectly

Dry-brine or rub your meat with 1/2 teaspoon of kosher salt per 1 pound of meat at least 2 hours prior to cooking if not the night before. In addition to adding flavor, this also starts a process known as denaturing that helps the meat to retain more moisture during the cooking process.

2. Take your meat out of the fridge

Take your meat out of the fridge 1-2 hours prior to adding it to the smoker. The theory behind this is that you’re letting the meat’s internal temperature get that much closer to your goal temperature before actually adding it to your smoker, shaving a little bit of time off of the actual cook time and helping to keep the meat as moist as possible. This is also when I add my dry rub to my already dry brined meat. 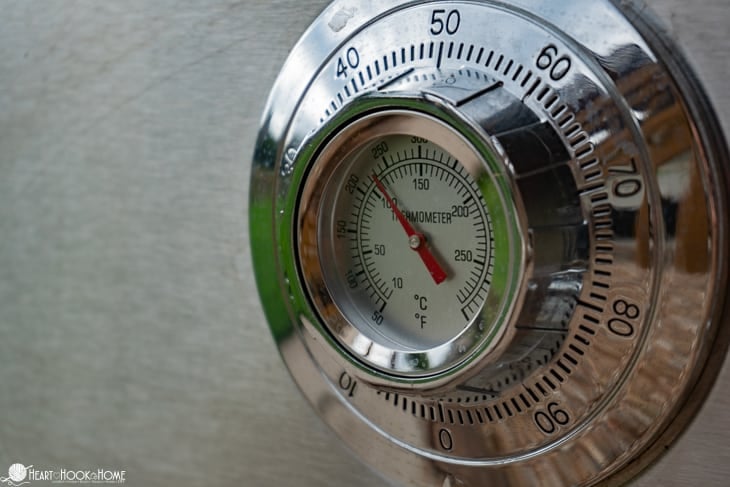 Slow and low is key. Smoking is a labor of love. Don’t be like that eager teenager. Spread that love out over a long period of time and don’t cook at too high of a temperature. This will keep the meat moist and get it nice and tender. I personally smoke just about everything at 225 degrees. There’s also a difference between having a nice bark and it just being burnt. If your rub contains any sugar (which can really add some flavor), keep in mind that sugars don’t hold up well against higher heats and will easily burn.

Do your research and allow yourself plenty of time to have the meat ready on time. There are quite a few variables that play a roll into how long something takes to cook, but you’re usually better off having it done a little early than late. The last thing you want is a bunch of hungry guests plotting your murder at 9 o’clock at night.

If you’re cooking a large brisket or shoulder/butt consider staying up late the night before and throwing it in right before you go to bed on a very low temp (maybe slightly under 200) and set your alarm to go off at least once in the middle of the night to check on it and then kick up the temp a little in the morning when you can keep a closer eye on it. Nobody wants to get up at 3:30 to check on meat, but the reward usually far outweighs the inconvenience.

6. Don’t over smoke your smoked meat

Don’t over smoke your meat. You don’t need to go crazy. Remember, the meat should provide the bulk of the flavor. The smoke and rub are just the supporting cast. I would suggest not smoking it for any longer than half of what you expect your total cook time to be and less than that if you’re using a heavier wood like mesquite.

Although it’s incredibly tempting to want to admire your meat. Don’t do it! Open your smoker’s door as few times as possible and when you do, take care of everything at once (adding more wood, filling your water pan, mopping the meat etc.) Every time that door opens you’re letting heat out and dropping the temperature of your smoker which will only extend what is already going to be a long cooking process. 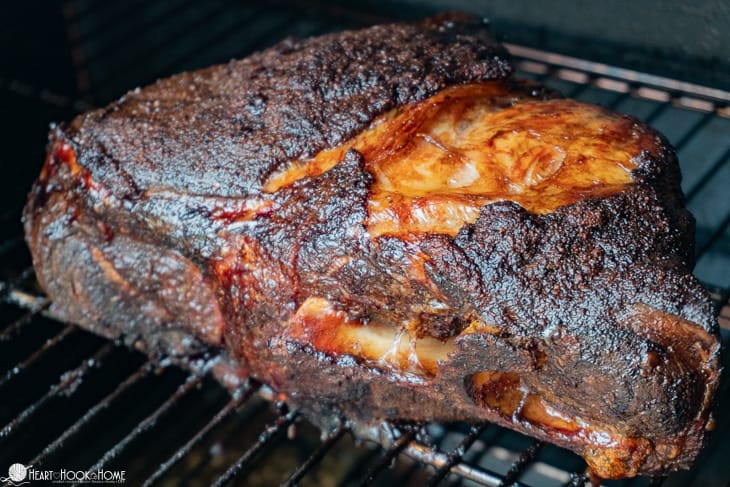 8. Take the guess work out

Take the guess work out of the equation. The easiest way to screw up an amazing meal is by under or overcooking it. Let a good (preferably dual probe) meat thermometer be the brains behind the operation. Use one that allows you to keep the probe in the meat the entire time it’s cooking while having the ability to read the temperature from the outside of the smoker.

This allows you to keep track of the internal temperature without constantly opening that smoker door. This also helps give you a better sense of when you’ll be able to finally ring that dinner bell and help you to plan the rest of your food preparation accordingly.

When cooking things like ribs or pork butts/shoulders I always mop it (I typically use a 3:1 mixture of apple juice or cider and bourbon) and then tightly wrap it in a couple layers of foil and throw it back in the smoker for the last couple of hours. This helps the meat to retain moisture and creates a steaming effect that helps make it fall right off the bone tender.

Rest your meat! This part requires a great deal of discipline. It’s hard not to immediately go into attack mode the second after you finally achieve that ideal internal temperature, but trust me, you want to let that sucker rest outside of the smoker (but still in the foil) for a decent amount of time. This allows the juices to redistribute throughout the meat.

For thicker cuts of meat like butts/shoulders I would let it rest for at least a half hour. I promise the foil will keep it warm. Some people will put it in a cooler while it rests to help retain as much warmth as possible, although I rarely do.

Lastly, I highly recommend getting a pair of silicone gloves and a set of bear claws. This set has both! The bear claws shred the meat with minimal effort – especially compared to using just forks and/or tongs – and the silicone gloves are a life saver when handling a smoked beer butt chicken. 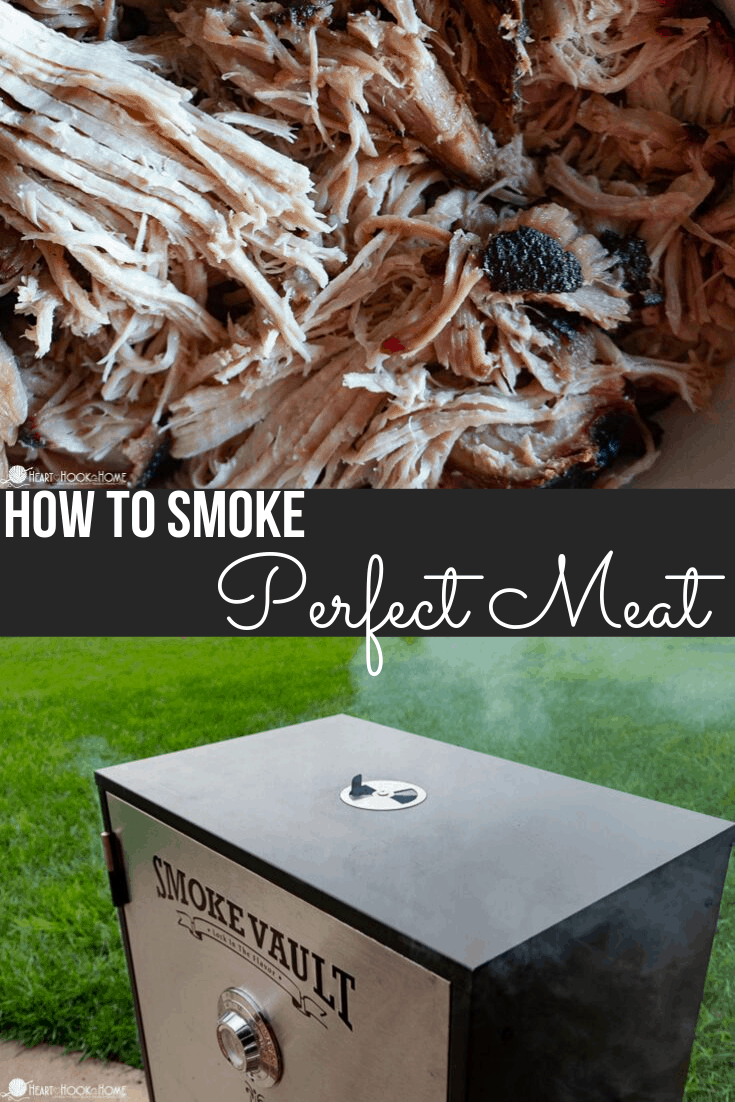