Have you ever set aside a project long enough to forget which crochet stitches you were using? Do you have an old family heirloom blanket that needs repaired, but you’re not sure what stitch Great Aunt Suzie used? You are in the right place! This post will help you to identify those crochet stitches. 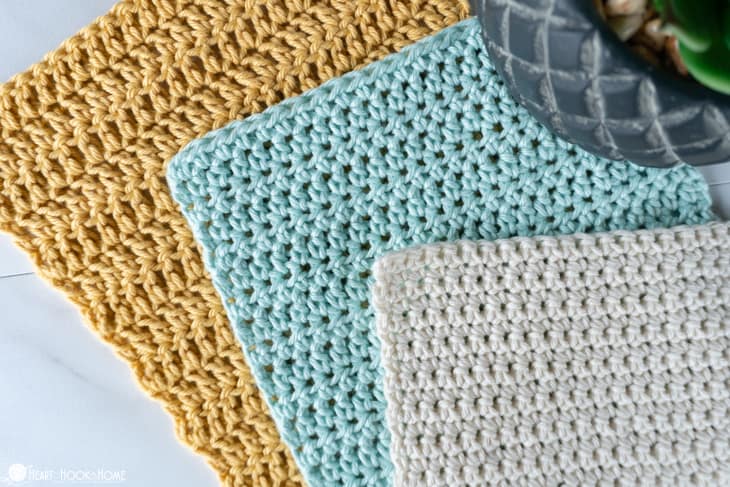 How to Identify a Crochet Stitch

If you crochet long enough, you’ll naturally be able to tell one stitch from another. Basic crochet stitches all have unique attributes that, with practice, make them easily discernible from one another. Note that this information is not intended to encourage anything nefarious (such as deciphering a paid pattern, etc) but rather to further the understanding of crochet and to grow your skills as a crocheter. 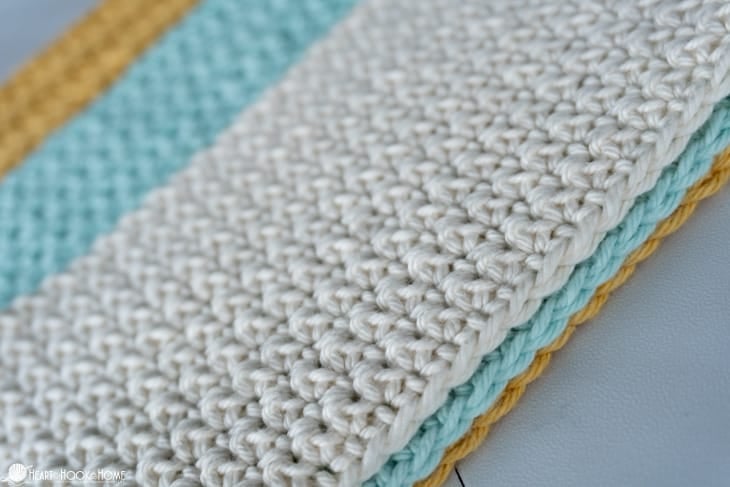 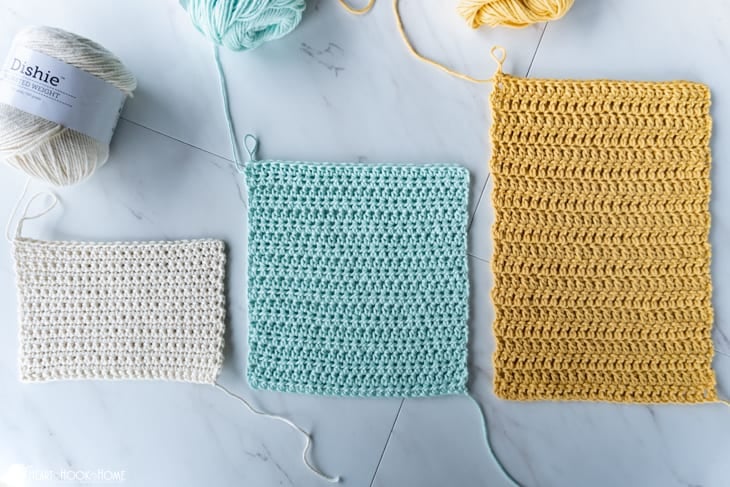 It creates a much more dense, sturdy fabric that does not stretch as easily or have as many holes as half double or double crochet. This is also why a project using single crochet takes so much longer to work up than a project made using double crochet. 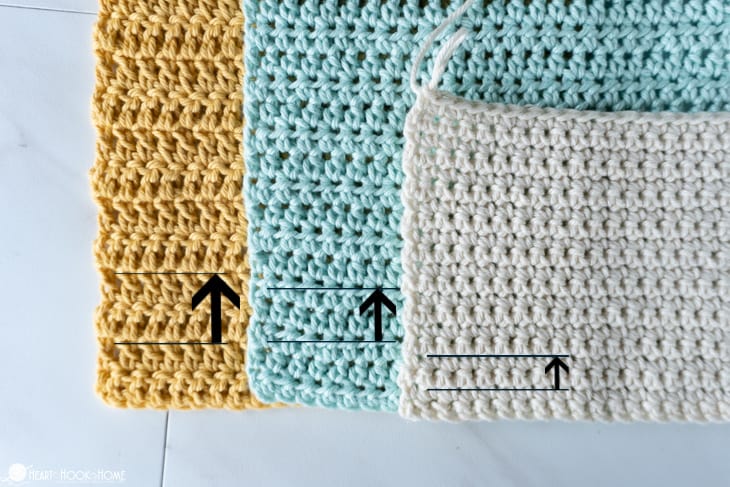 The lines above indicate two rows of each stitch… for me the double crochet stitches are literally twice as tall as the single crochet – and then just a smidge taller than that, even!

Double crochet stitches are taller and thus produce a more airy fabric than that made using single crochet. It is the height of the double (and taller stitches yet including the Treble, and Double Treble, etc.) crochet stitches that create the holes. See how much more open the yellow fabric is than the white? I switched backgrounds here so that the holes are more apparent: 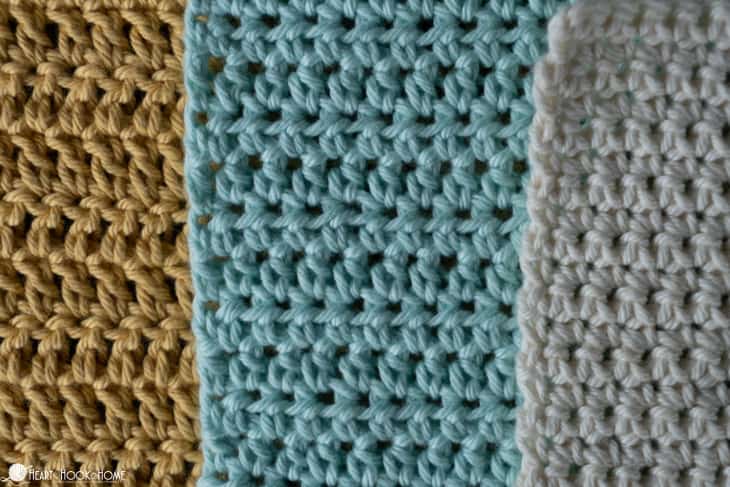 Now let’s take a look at each individual swatch… 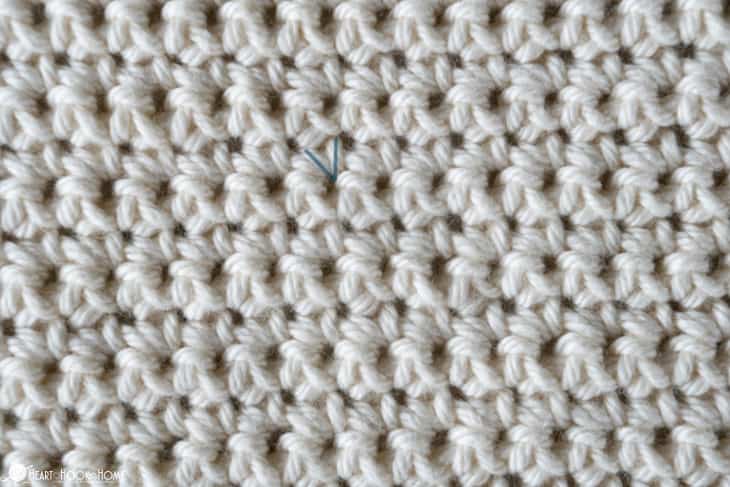 In single crochet you have just one “V” on the front of the stitch with no horizontal bars. This “V” is called the “base” of the stitch. The single crochet is a very short stitch – but not the shortest! That award goes to the slip stitch (which thankfully is rarely used in patterns other than to connect two stitches or two pieces). 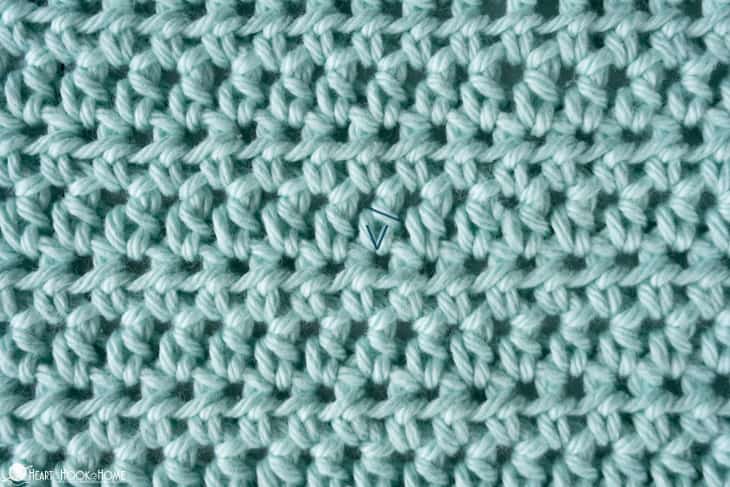 In half double crochet you have the one “V”  on the front of the stitch (the base) with one horizontal bar above it. Because you are wrapping the hook one time, there is that visible line that adds height to the stitch. 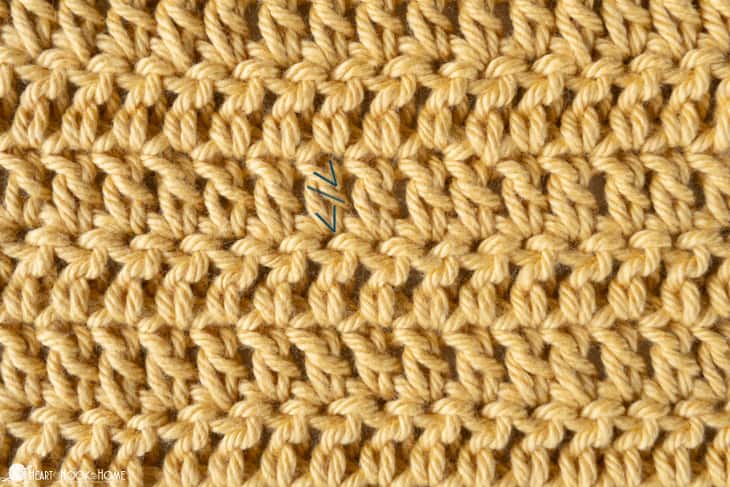 In the double crochet stitch you have the one “V” on the front of the stitch with the same horizontal bar as seen in the half double above, but with another bit coming out of that. The one horizontal bar means that you wrapped the hook one time and the second “V” (up top) is the second yarn over and pull through – the one that completes the double crochet stitch. That one extra yarn over at the end adds significant height to the stitch! 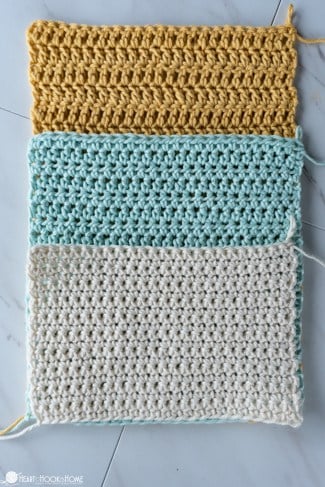 Isn’t it interesting to understand why things are the way they are, especially when it pertains to crochet? I hope these tips on identifying crochet stitches helps you on your quest for crochet glory!

How to Keep Straight Edges in Crochet

How to Create a Straight Seam When Crocheting in the Round

How to Make an Invisible Join in Crochet

How Much Yarn Do I Need? How to Determine Yardage in Crochet

How to Make T-Shirt Yarn

How to Add Ear Flaps to a Crochet Beanie