The Tunisian Smock Stitch is such a lovely, fun crochet stitch. All the rage for pillows, cowls, mittens and more, let’s learn this interesting Tunisian crochet stitch today! 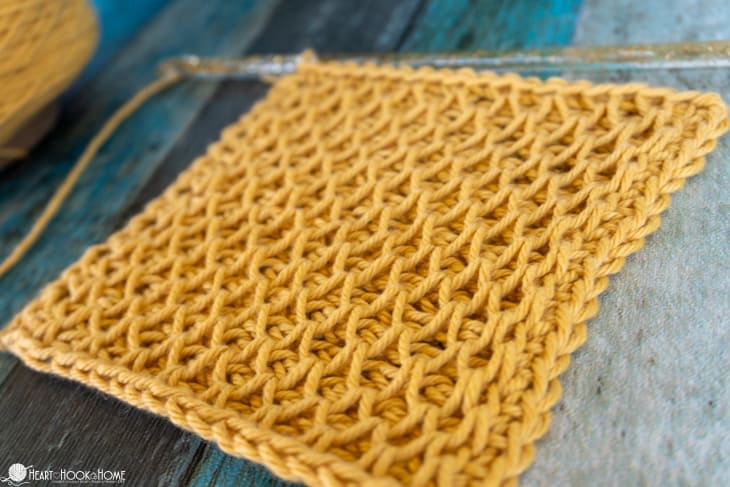 How to Crochet the Tunisian Smock Stitch

The Tunisian Smock Stitch has become super popular recently. That could be because of the beautiful texture, the visual appeal of the stitch, or how quickly it works up. 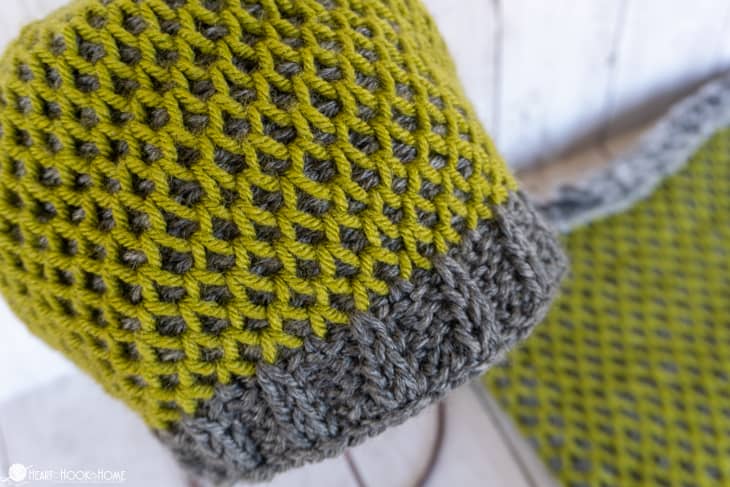 This stitch is similar to the Tunisian Honeycomb stitch, in that we are repeating two different rows so that the stitches are offset, forming a beautiful diamond shape. 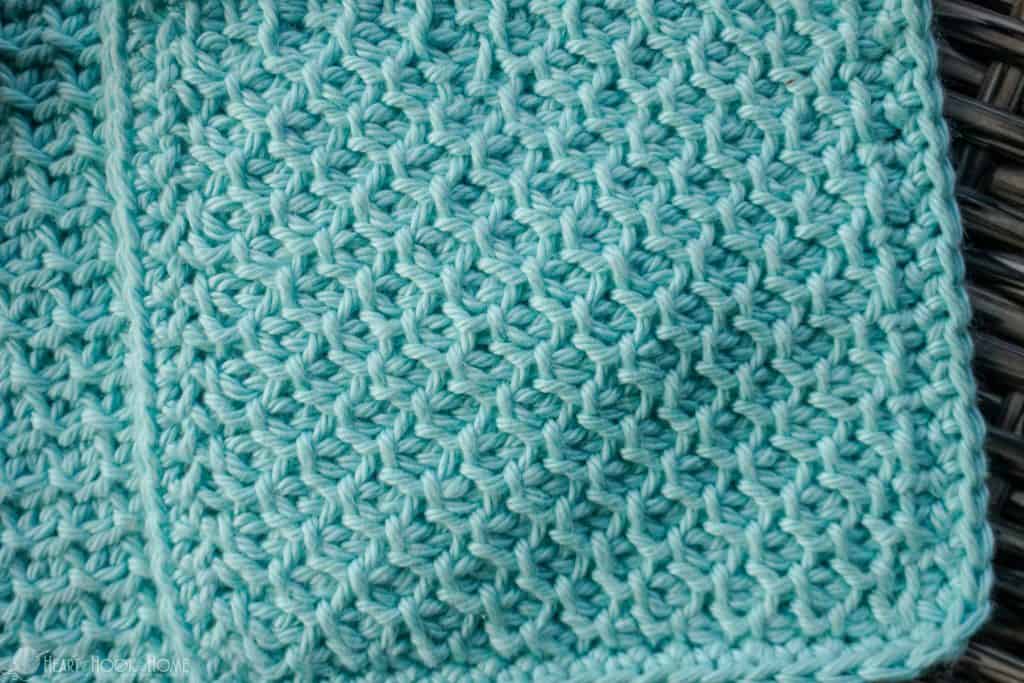 About the Tunisian Smock Stitch:

This stitch is a two-row repeat.

You need to know how to make a Tunisian Simple Stitch in order to crochet this stitch.

You need to know how to make a Tunisian Simple Stitch decrease in order to make this stitch. You’ll go through both of the next two vertical bars and pull up a loop. (The video below will help!)

Always start the row (both of the repeat rows) with a normal TSS2tog. Do NOT yarn under on that first decrease of the row.

Always end the row (both of the repeat rows) with a yarn under. Pay close attention when learning this stitch as to where that yarn under should go, but there will ALWAYS be an increase at the end of each row.

If you’re looking for a fun pattern using the Tunisian Smock Stitch, check out my new Smock Set: a beanie, cowl, and mittens set that is stunning when worked using two complimenting colors! 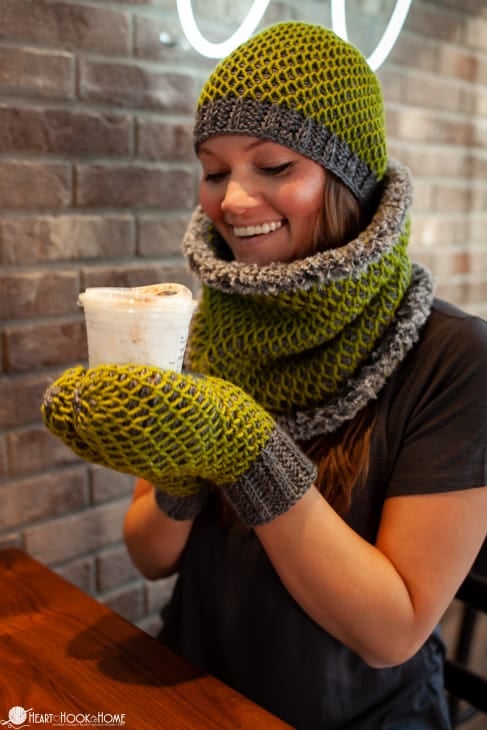 1. Start with an even numbered chain. For example, 20. We will use the stitch count of 20 throughout this tutorial. 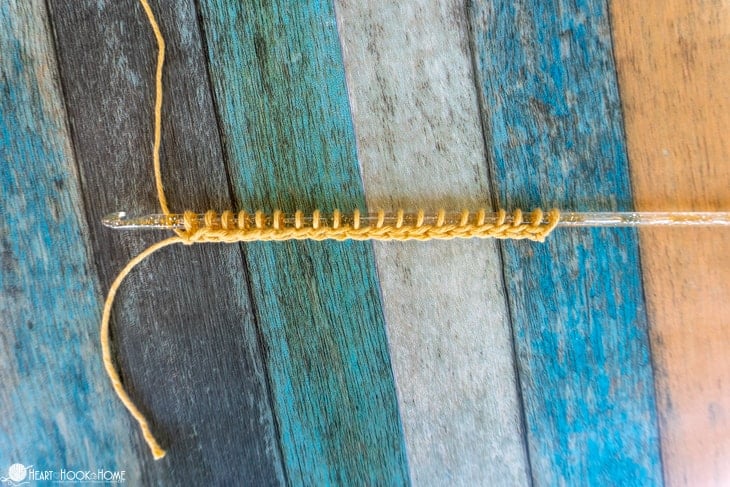 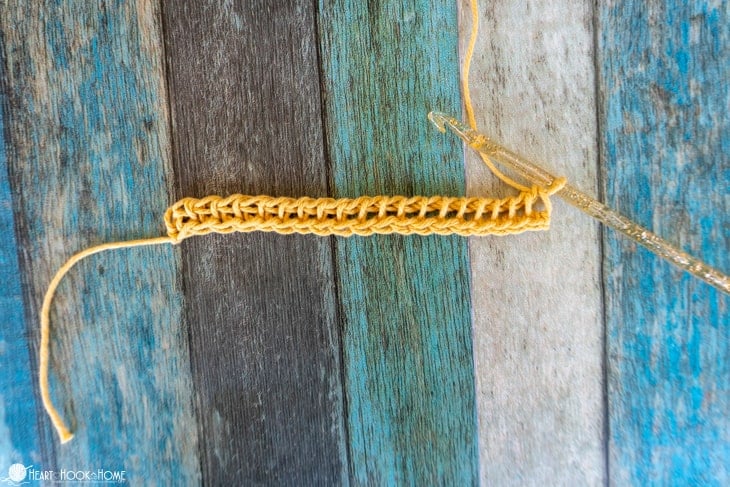 3. To create the next row, TSS2tog. (Tunisian Simple Stitch two together by going under the next two vertical bars and pulling up a loop.) 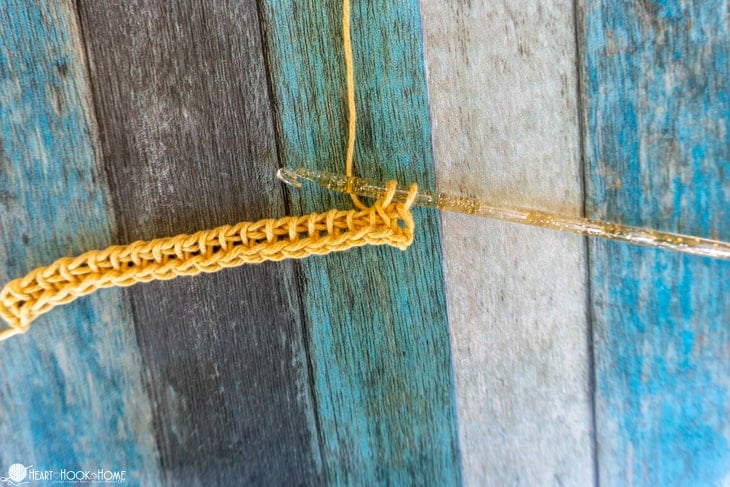 4. Yarn under holding this loop in place with your index finger (this is technically an increase because we are adding another loop to the hook). Now you will TSS2tog (this is technically a decrease since we are going under two loops). These two will offset each other meaning the stitch count remains the same at the end of the row. 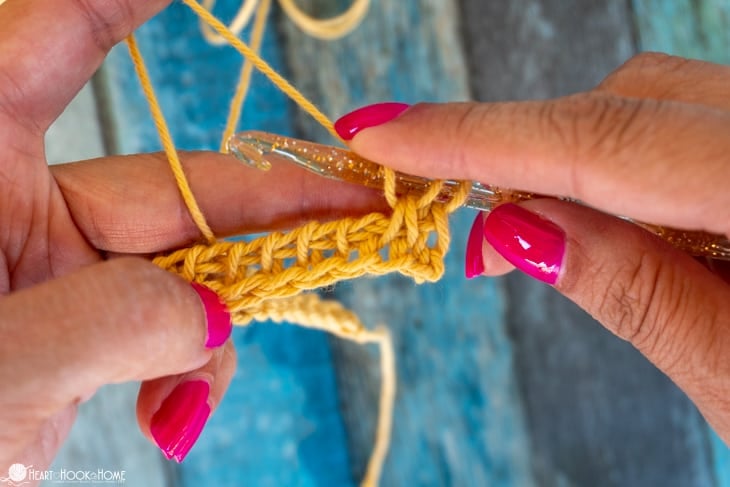 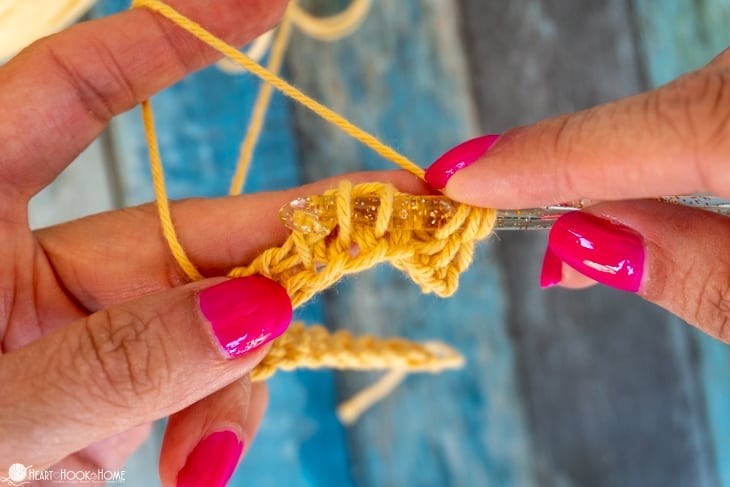 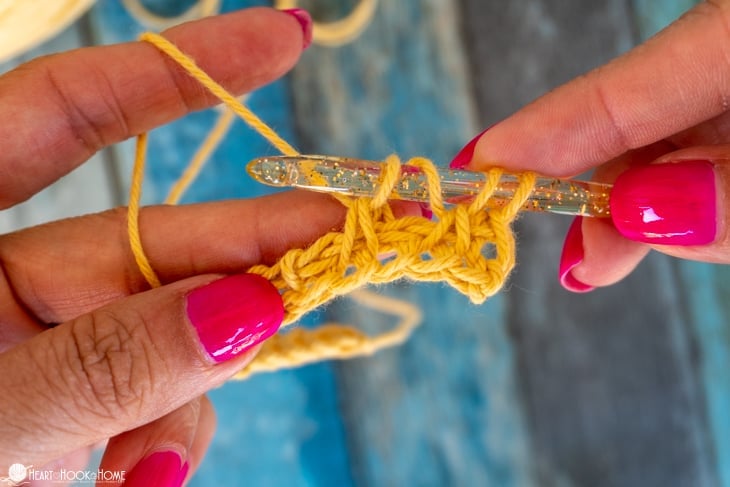 5. When you get to the end, yarn under and pull up a loop in the last/outside stitch. (you should have 20 loops on your hook here) 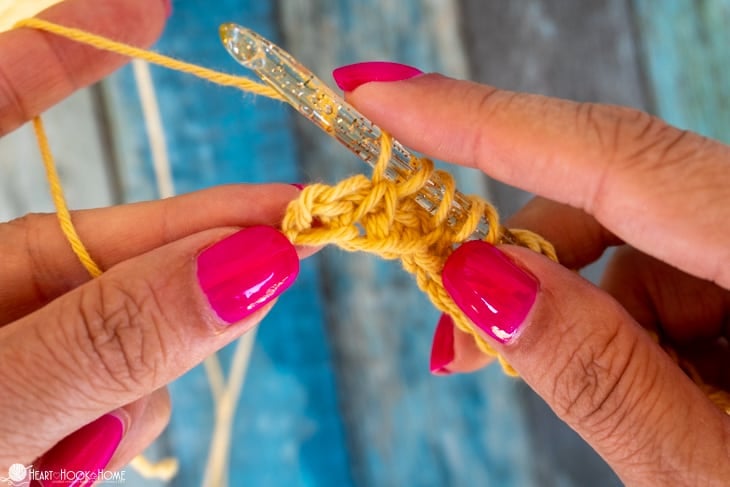 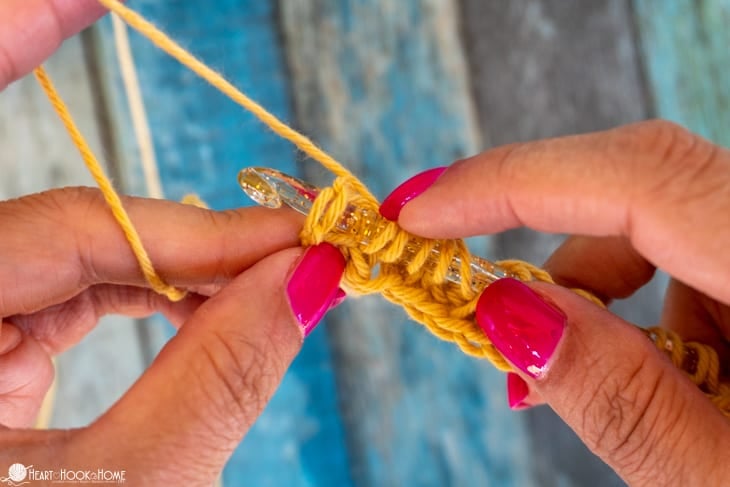 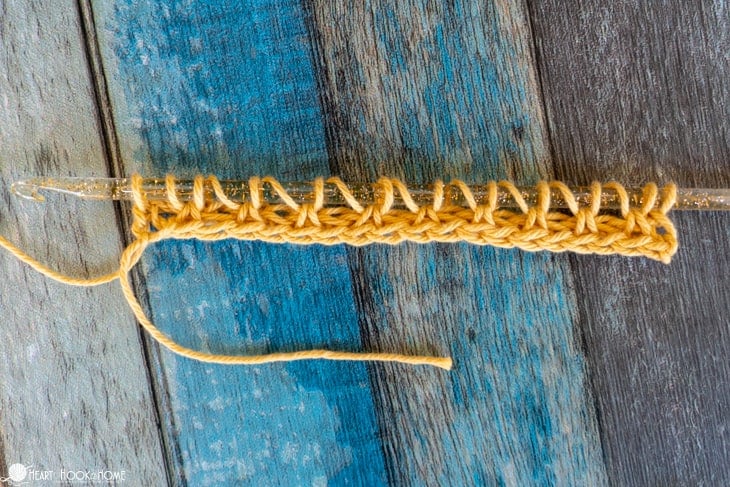 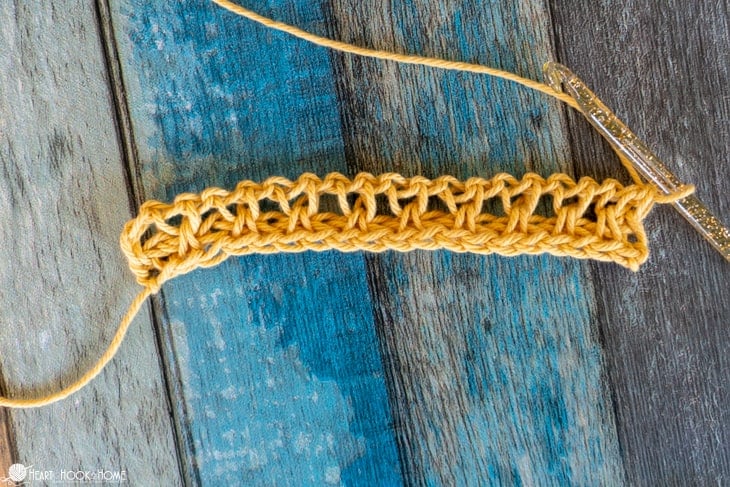 That is one row of the two-row repeat complete!

We will alternate that row with the following row, back and forth until your piece is as tall as desired.

7. Make one solo Tunisian Simple Stitch in the first vertical bar. (This offsets the “V” of the smock stitch which will result in the diamond effect.) 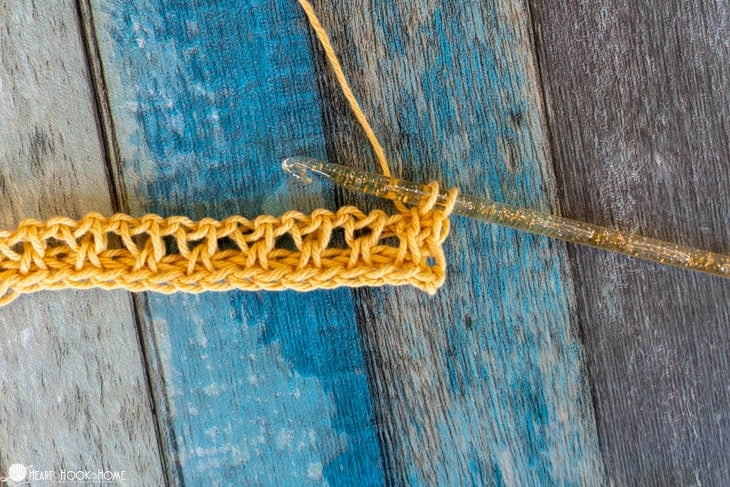 8.  TSS2tog using the next two vertical bars. (Remember, do NOT yarn under on the first decrease of the row!) 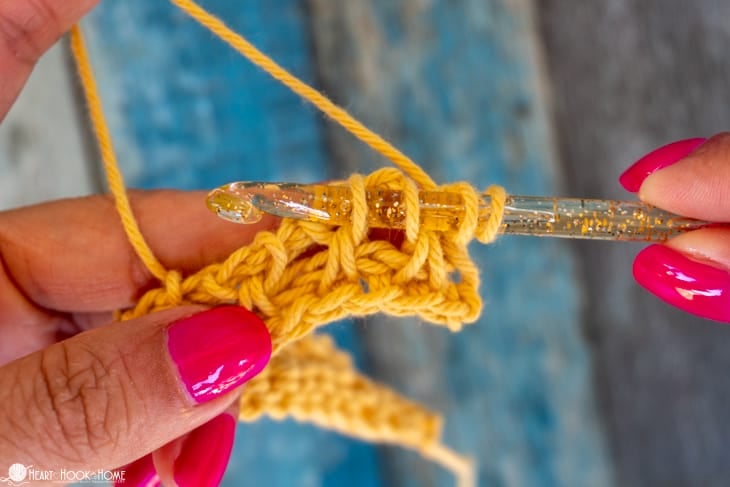 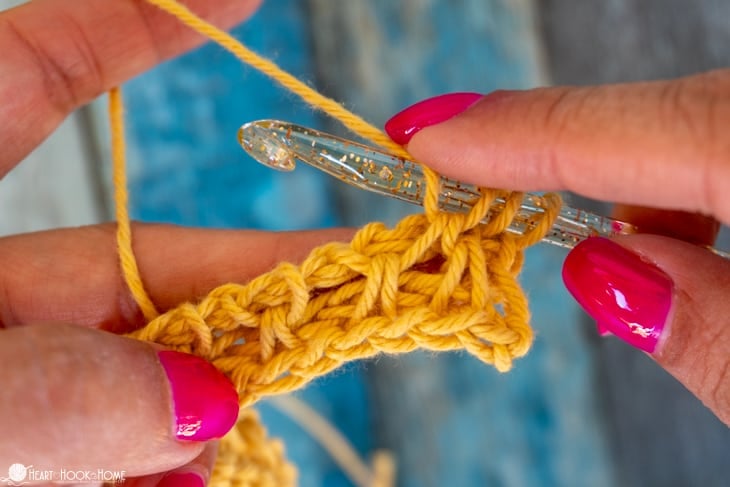 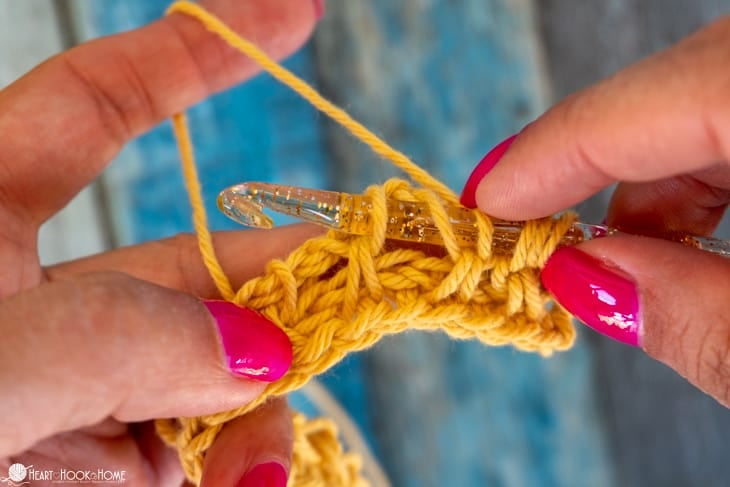 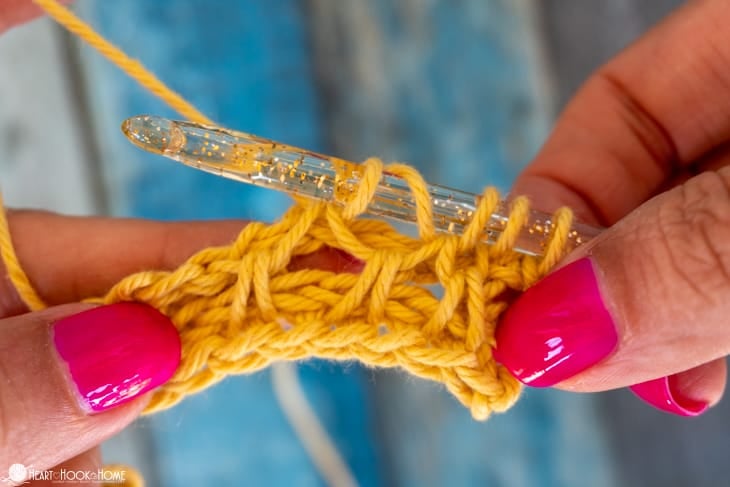 10. When only one stitch is remaining (not including the outside stitch), yarn under and make one solo Tunisian Simple Stitch there. 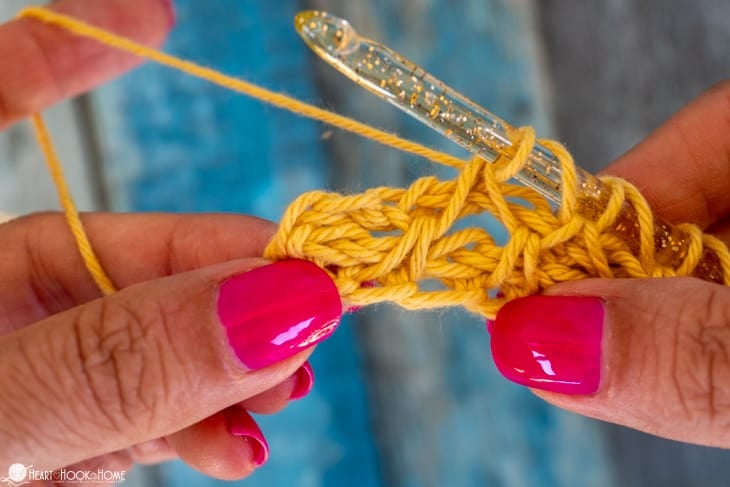 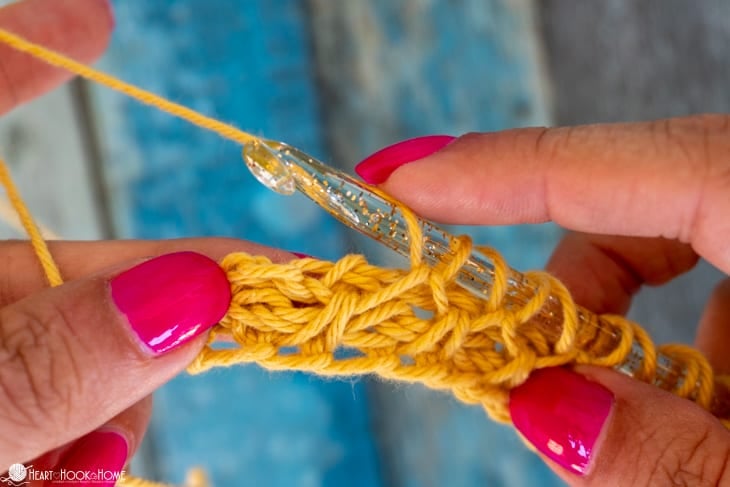 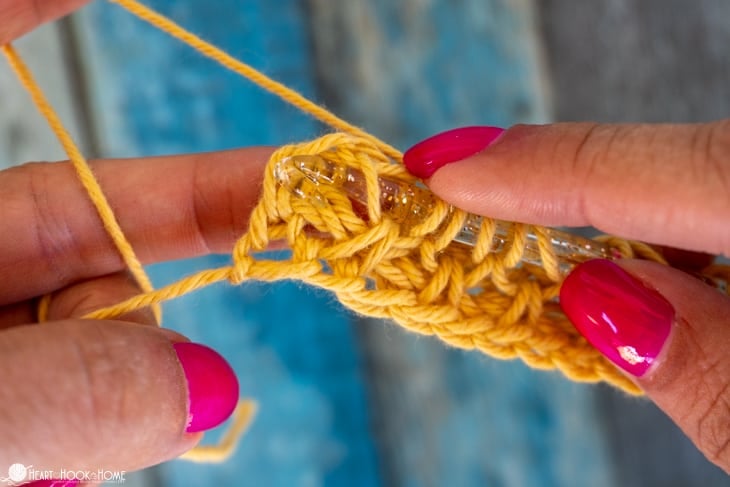 11. Pull up a loop in the last/outside stitch. (you should again have 20 loops on your hook here) 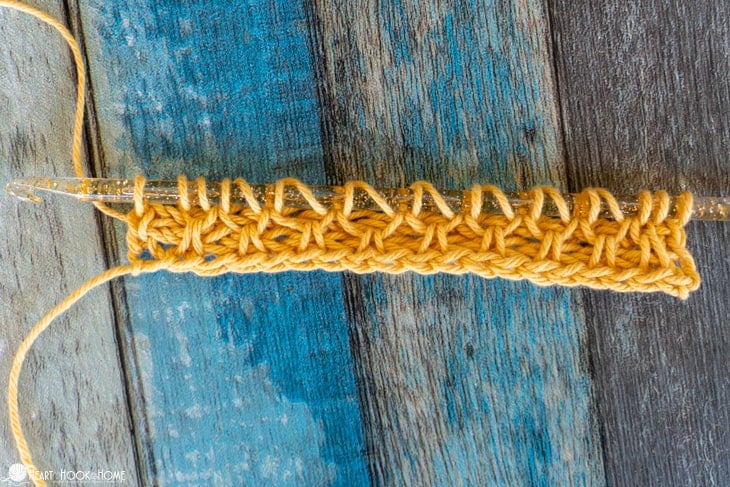 That is the second row of the two-row repeat complete!

Start over at step 3 and repeat through step 12 until your piece is as tall as you like! 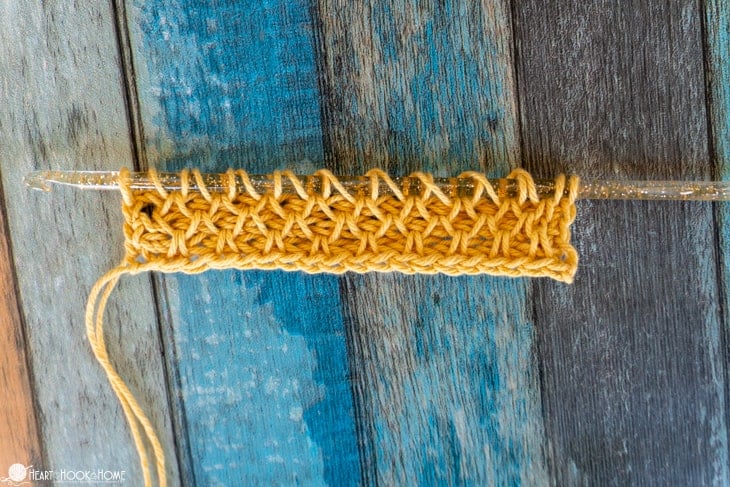 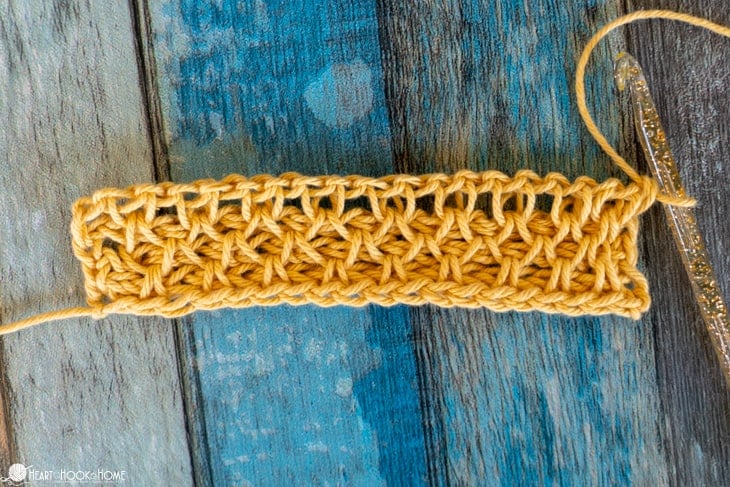 To fasten off the Tunisian Smock Stitch, bind off using the vertical bar and the front loop of the corresponding horizontal bar of the same stitch. This helps to cinch up any holes left where you would have made those decreases had you continued. (Shown in detail in the video below) Do this until you get to the end of the row.

How do you feel about the Smock Stitch? I hope you love it as much as I do, and will work the Tunisian Smock Set with me using this NEW pattern set! 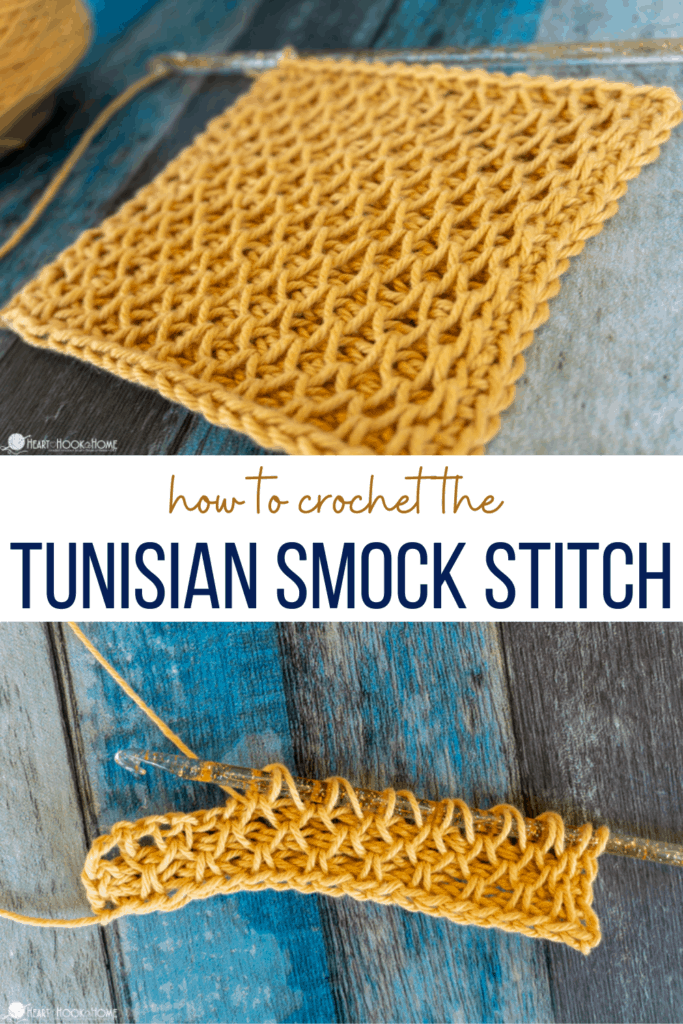 How to Crochet a Freezer Pop Cozy with Tunisian Crochet