I’m always looking for ways to step up my crochet game, and this may be it, friends! Add a new stitch to your crochet arsenal using this Herringbone Half Double Crochet video tutorial. 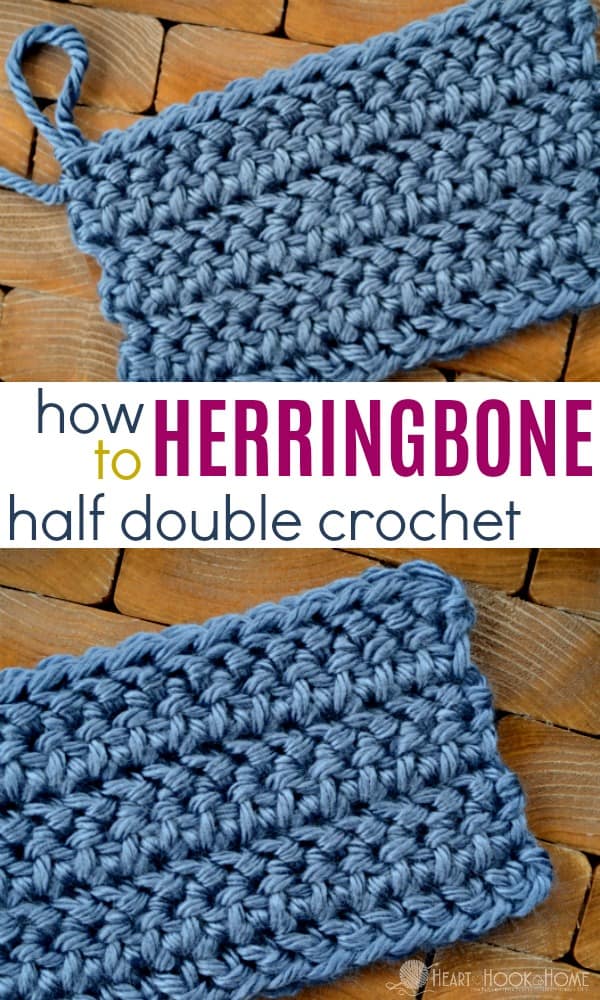 For some reason adding in the word “herringbone” felt intimidating to me at first. Funny how some of the hardest sounding stitches are some of the easiest – and certainly the prettiest! I just love this stitch, to me the fabric feels looser or more “squishy” compared to the regular Half Double Crochet. 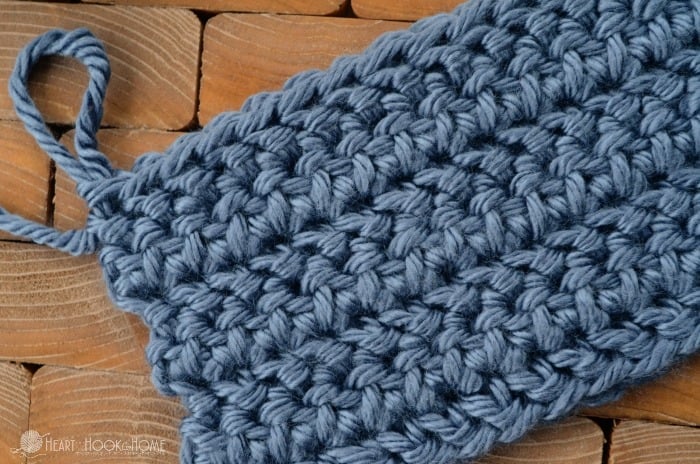 When using Herringbone Half Double Crochet (HHDC), you’ll start just like you would with regular half double crochet. The difference is in the first loop’s pull-through.

See the video tutorial for this stitch below…

To make the HHDC stitch:

1. Yarn over, insert hook into next stitch and pull up a loop (3 loops on hook)

2. Pull first loop straight through the second (similar to a slip stitch)

3. Yarn over, pull through two remaining loops on hook.

That’s it! How easy is that, and what a fun texture it creates!

Use the Herringbone Half Double Crochet stitch in your next baby blanket, sweater, or afghan.  In fact, my next free pattern, a slouchy housecoat, will feature this stitch. Master the HHDC now, and you’ll be ready when that pattern goes live!

Ready to work with new stitch? Here are some other patterns that could be easily adapted using this HHDC tutorial: