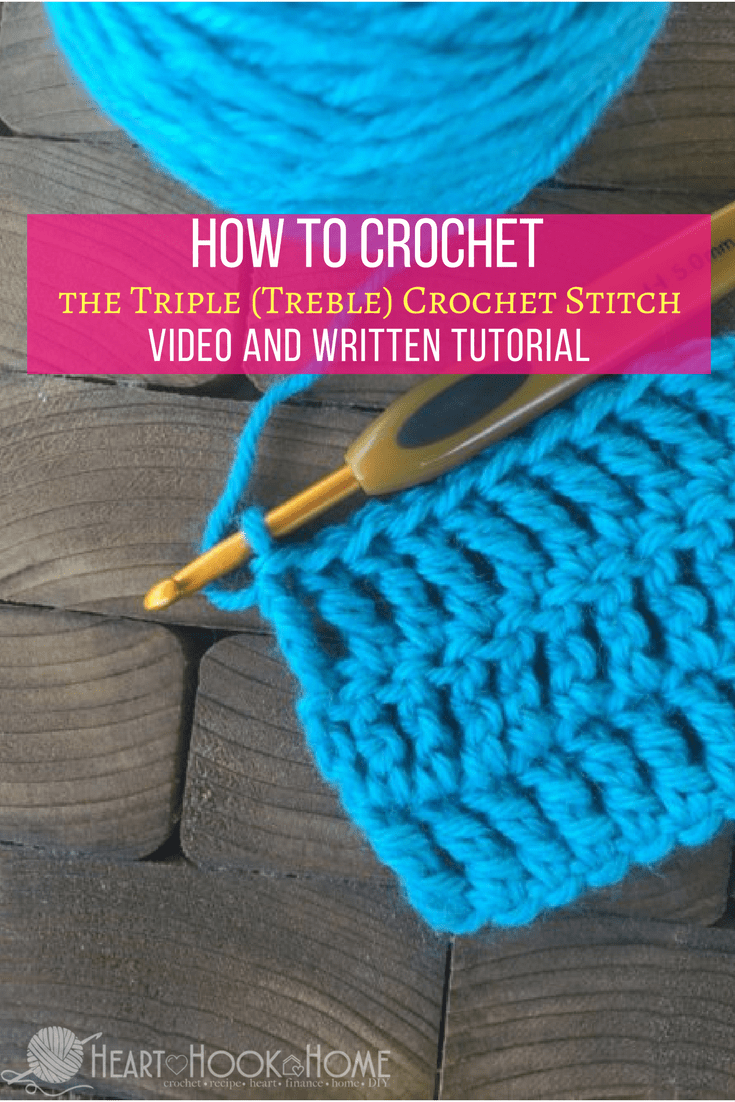 How to Triple Crochet

When crocheting the triple crochet, I remind myself that I must yarn over and pull through two loops three times.  When starting a new row, we chain three to get the height needed to start that new row, then place your first triple (treble) crochet stitch into the same stitch as the beginning chain for that row.

Note! Some crocheters will chain four instead of the three as I do.  If you chain four, you will count that chain as your first stitch in that row. It is all personal preference, but I prefer the appearance when I crochet with the chain-3 as noted in this triple crochet written and video tutorial.

Would you rather see a triple crochet video tutorial?

More crochet tutorials before you go!