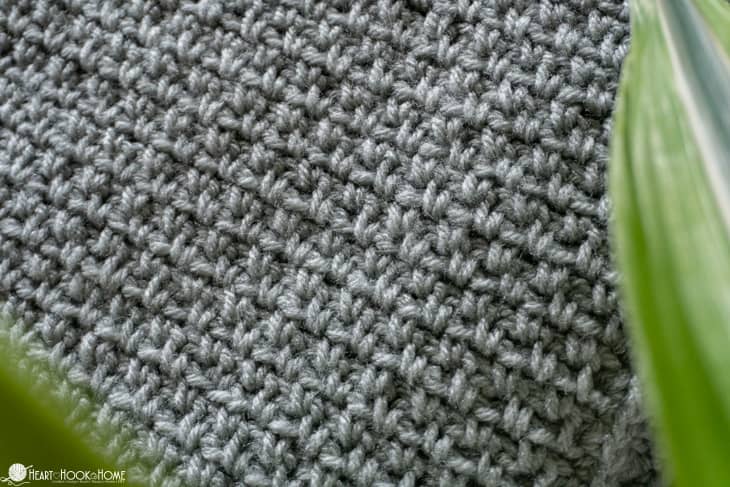 If you can make the single crochet, you can make the Moss Stitch. The Moss stitch creates a beautiful effect with the little “dips” down into the row below. This stitch is great for baby blankets, wraps, shawls, gloves, texting gloves, and anything in between.

In fact, we’re using this stitch in my Stitch Sampler Afghan pattern, which would be a great chance to learn this and other crochet stitches. 😉 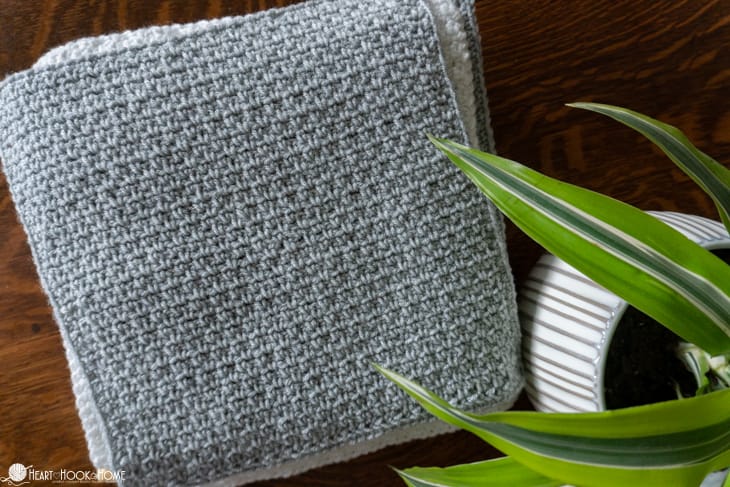 About the Moss Stitch:

This stitch creates rather shallow/short rows, so crocheting a large project with this stitch can take longer than with other crochet stitches. Good thing it is easy and fun!

If you’re feeling adventurous, try making the Moss Stitch with half double crochet or double crochet instead of the single crochet. The basic concept is the same, but the height of the rows will make your project work up more quickly. Try this free Cocoon sweater pattern to see what I mean!

Sometimes I prefer to start with a solid row of single crochet as my foundation row instead of crocheting into the chain. This is not required, but I do feel like it gives a cleaner edge into which to crochet when adding a border.

Watch the VIDEO tutorial for this stitch below.

To start the Moss Stitch:

1. Begin with a chain that has an even number of stitches. 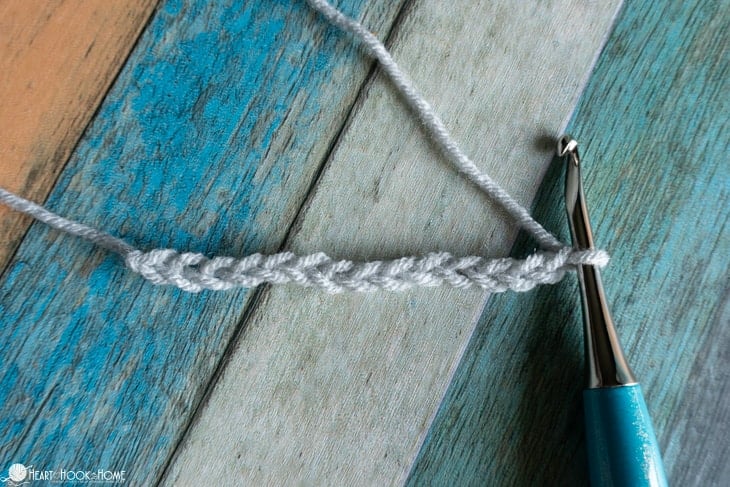 2. Single crochet in the fourth chain from the hook. 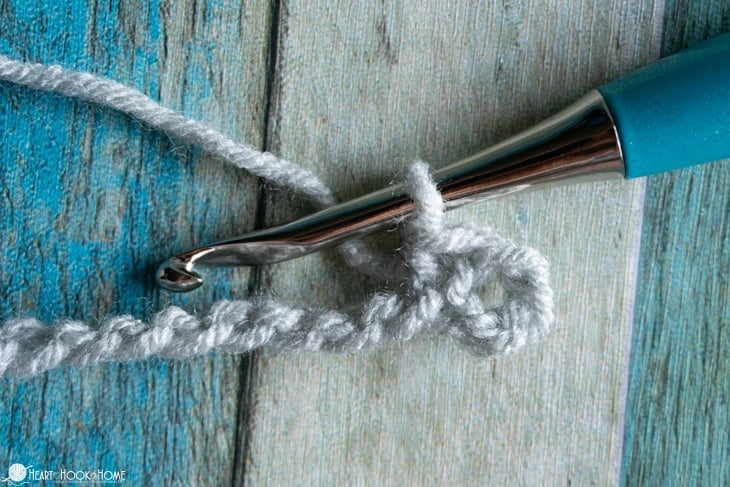 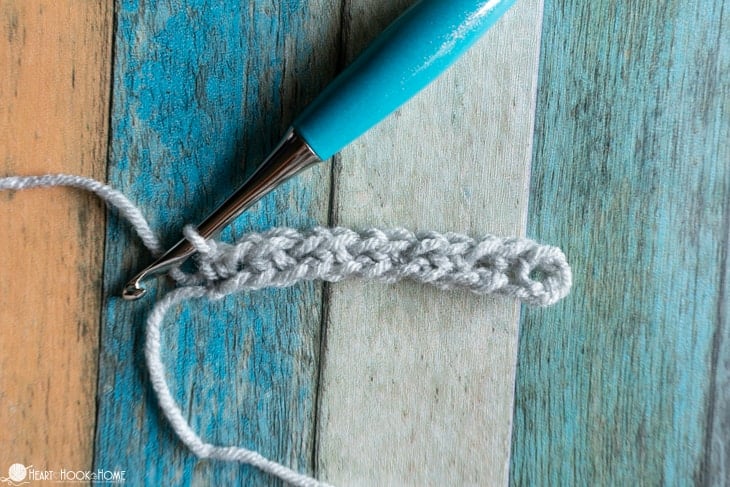 To start a new row…

4. Chain two and turn your work. From here on out you will be crocheting into the chain spaces of the previous row. 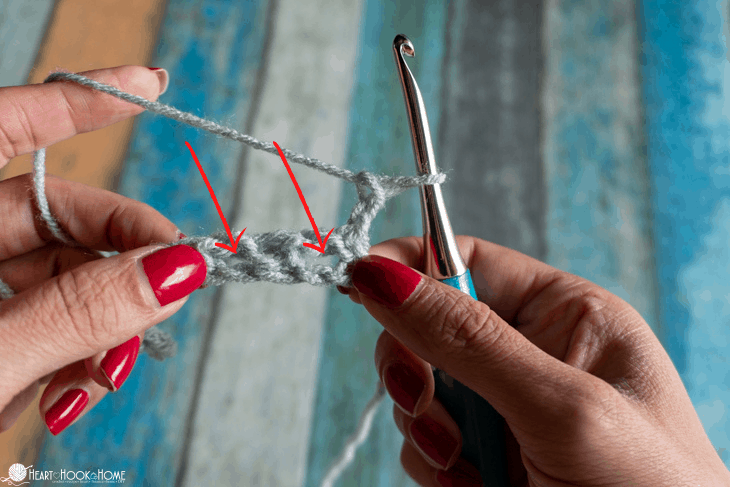 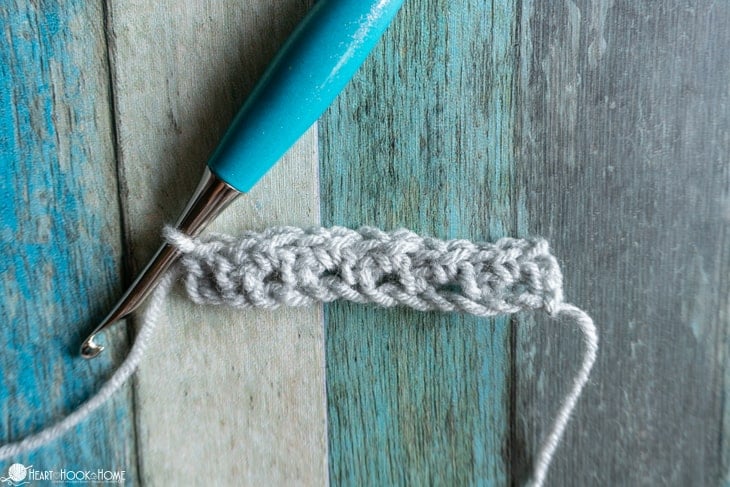 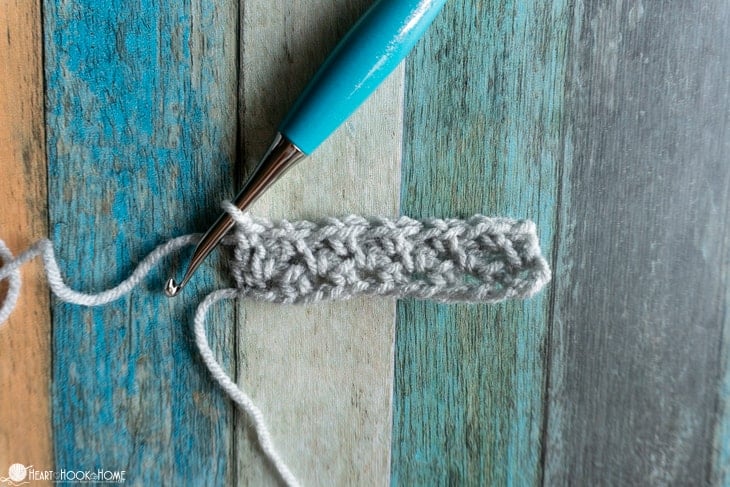 Would you prefer to learn with the Moss stitch video tutorial?

I look forward to seeing what you’re making with the Moss stitch, so be sure to share a photo in the Heart Hook Home Crochet Community on Facebook! 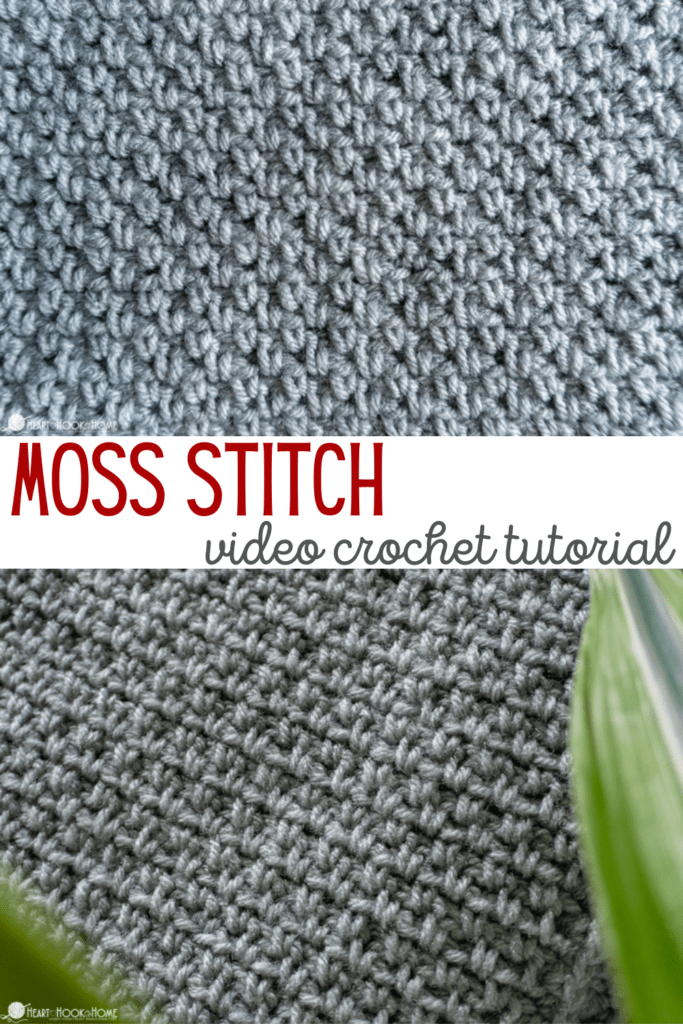 More crochet tutorials before you go:

How to Crochet the Crocodile Stitch (Video Tutorial)

How to Create Planned Yarn Color Transitions in Crochet

How to Crochet a Corner to Corner (C2C) Throw + Video Tutorial

Foundation Single Crochet: How to Video + Why You Need to Learn