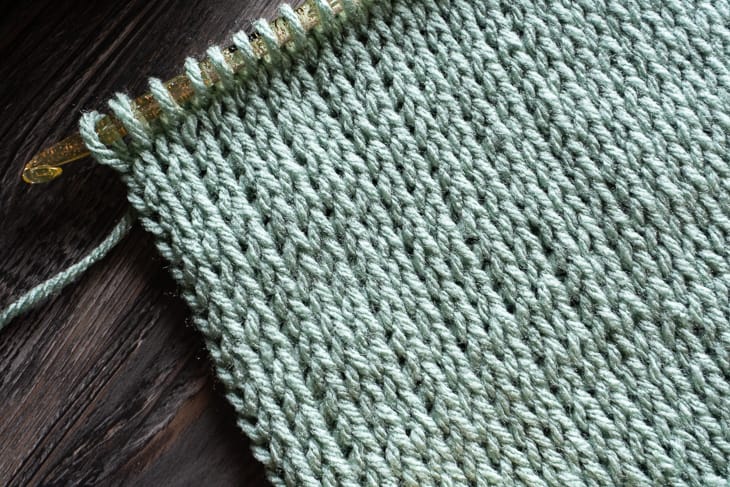 What distinguishes the Tunisian Knit Stitch (abbreviated TKS) from other Tunisian stitches is the placement of your crochet hook and how you pull up the loops. Unlike in “normal” Tunisian stitches, when crocheting the Knit Stitch you’ll work between the vertical bars of each stitch. Pulling the loop through to the front of the piece creates a beautiful upside down “U” shape that looks remarkably like knitting! 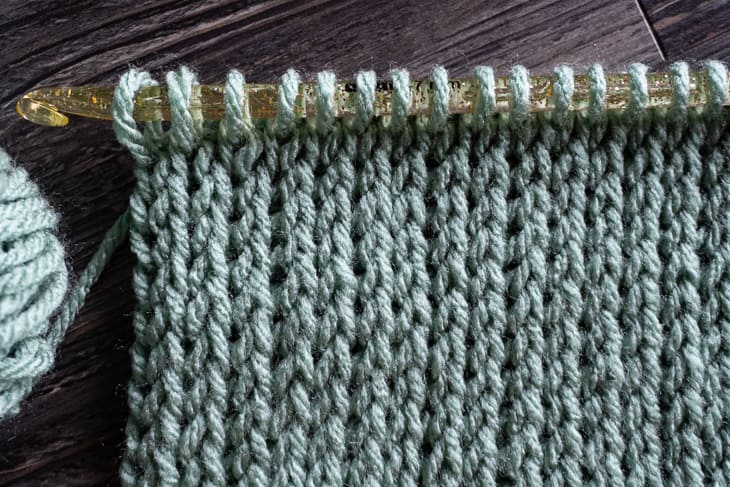 Remember that all Tunisian crochet is always worked like an old-fashioned typewriter. You’ll work your way all the way down the row (right to left), then reverse to work your way back to the beginning (left to right) in what is called the “backward pass”.

For a Tunisian piece of considerable width, you will need cabled Tunisian hooks, but for learning or making smaller pieces like beanies or even some baby blankets, a stick hook will suffice.

It is inevitable that Tunisian crochet will curl. It doesn’t matter the stitch, but you can combat this by using a hook size larger than you normally would were you to “regular” crochet with the same yarn. While bumping up your hook size does help with the curl, you may also need to block your item when finished.

1. Chain any number of stitches.

2. Pull up a loop in the second chain from hook and in each chain to end.

3. Insert hook in between the vertical bars of the first stitch, pull up a loop. Pull up a loop in between the bars of every stitch to end. In the last (end) stitch, go through both parts of the “v” of that stitch. You should now have as many loops on your hook as you do stitches. 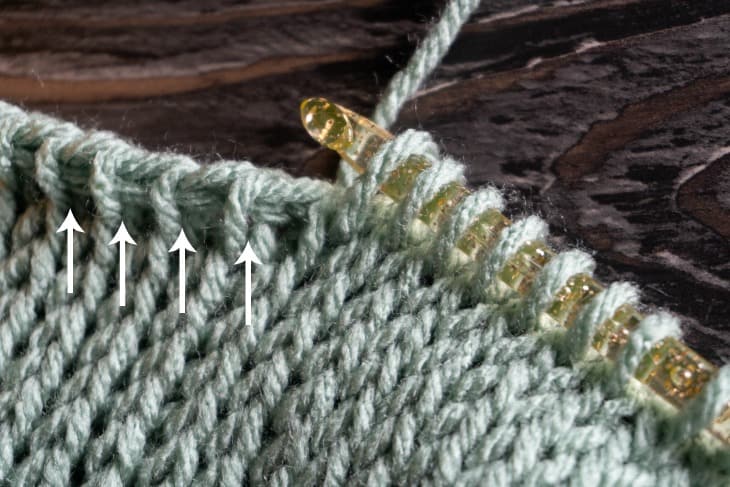 To continue working, alternate steps 3 & 4 until desired height is reached. Isn’t that fun and easy?


If, for some reason, this video does not play, please watch on my YouTube channel here. 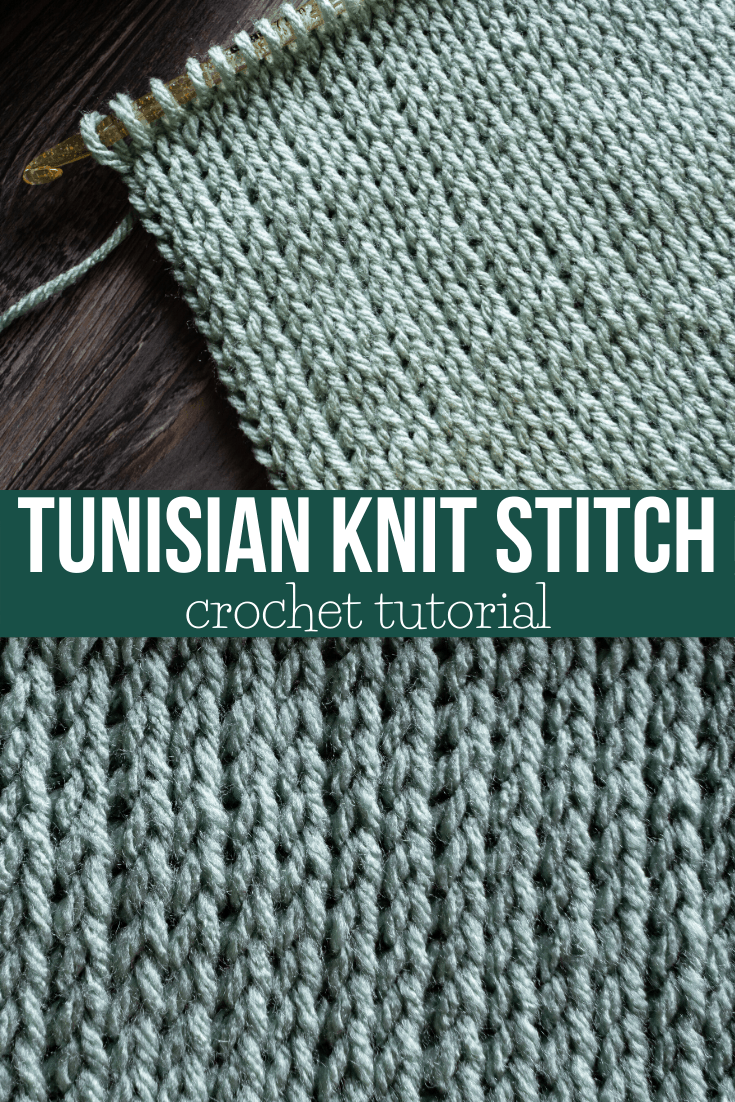 How to Crochet the Tunisian Purl Stitch